Most of the poor iron ore resource quality is not high, and most of the ore is fine-grained strips, braided and scattered points, and even has a fine structure. Some are polymetallic symbiotic composite deposits, and some valuable minerals usually need to be finely ground to 200 mesh, accounting for 90% of the monomer separation, which brings difficulties to the operation of the beneficiation production line.

The characteristics of lean iron ore resources determine that its development and utilization are different from other minerals. The amount of mining work is large, the output value is low, the profit is small, and the capital utilization rate is low. The separation process of magnetite and quartzite is through three to four stages of crushing to 25-15mm, or through one stage of crushing to 350-250mm, combined with ball milling (gravel crushing) for three stages of fine grinding and enters multistage magnetic separation. The magnetite quartzite beneficiation process is characterized by a stage grinding and magnetic separation process in order to discharge monomer gangue in one stage and reduce the amount of grinding in the next stage. 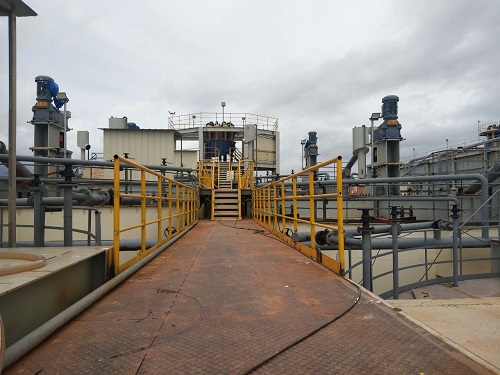 Magnetite ore grinding has a coarser particle size and less muddy particles. Typically, magnetic separators are used for deashing. The beneficiation plant that chooses magnetite operates according to the full cycle water supply process, and the utilization rate of cycle water is 75%~85%.

(3) Beneficiation of hematite and hematite-magnetite ore