CIL process is a process of using activated carbon to adsorb dissolved gold in cyanidation leaching pulp, which is widely used in many gold ore dressing plants.

The biggest feature of the CIL process is that the two operations of cyanide leaching and activated carbon adsorption of pulp are carried out simultaneously.

The pulp after crushing and grinding cannot directly enter the cyanidation leaching process, and it needs to be treated with impurity removal.

The removal of impurities is mainly to remove impurities such as sawdust and grass roots in the pulp. 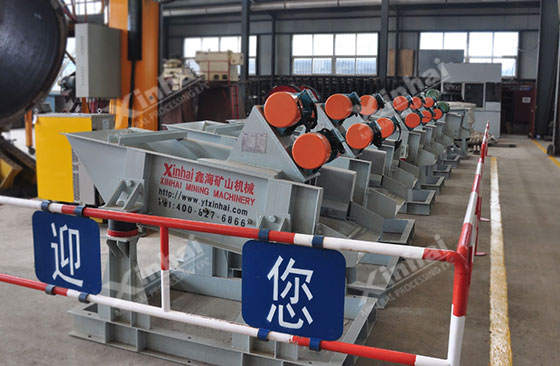 The leaching and adsorption of the CIL process are carried out at the same time. Generally, 5-12 leaching tanks are arranged in series in a stepped arrangement. 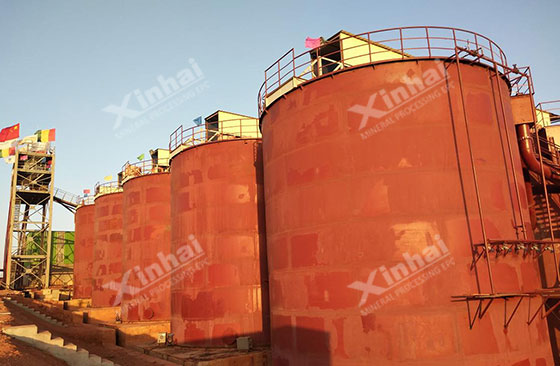 The desorption operation is to replace the gold on the gold-loaded carbon to obtain pregnant solution containing gold.

The electrolysis operation is to obtain gold mud by electrolytic process from the gold-containing pregnant solution obtained by desorption. 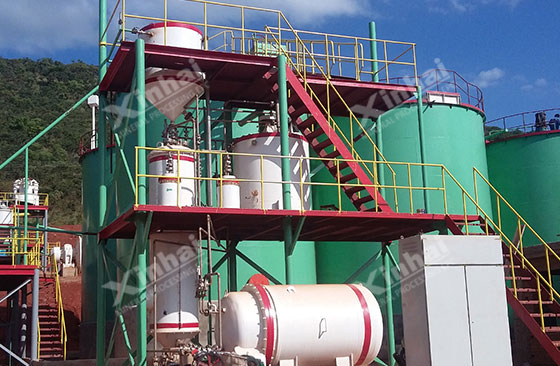 Pyrometallurgy is to directly smelt the gold mud obtained by desorption and electrolysis after simply pickling and removing impurities to obtain gold ingots. Most gold mines use this method.

The purity of gold ingots obtained by pyrometallurgy can reach more than 99.99%.

The desorbed activated carbon needs to be treated to restore its activity, so as to return to the process for adsorption and gold extraction again.

The above are the six processes of the CIL process.

Although the carbon leaching method is simple and easy to operate and has a good recovery rate, it is not suitable for all types of gold ores.

The most suitable gold beneficiation process needs to be determined through processing tests.