New energy vehicles have become the outlet of the times, and companies in the lithium battery industry chain have deployed lithium mines one after another.

The demand for lithium ore is strong, the price of lithium soars, and spodumene, one of the lithium resources, naturally rises.

As the main source of industrial ore of lithium group, spodumene is also widely used in metallurgy, chemical industry, power generation, medicine and so on.

Manual sorting is a beneficiation method based on the large differences in color and appearance between spodumene and gangue minerals.

It is suitable for sorting raw ore containing more waste rock, and is often used as a pre-selection operation before beneficiation.

However, due to the disadvantages of high labor intensity, low recovery rate, and poor beneficiation indicators, it is gradually replaced by mechanical beneficiation methods.

The spodumene flotation method is an earlier sorting method that has been studied and applied.

It is also the main sorting method of spodumene at present, which can be divided into two processes: positive flotation and reverse flotation.

Positive flotation is the process of preferential flotation of spodumene.

The general process is that the qualified ore is added with strong acid agent, vigorously stirred, washed and deslimed for many times, and then the collector is added to directly float out spodumene.

Pre-desliming and strong agitation scrubbing can effectively enhance the purity of the mineral surface, thereby improving the collection effect.

Reverse flotation is a process in which spodumene is inhibited by regulators in alkaline medium, gangue minerals are floated with collectors, and spodumene concentrates are left in the tank. 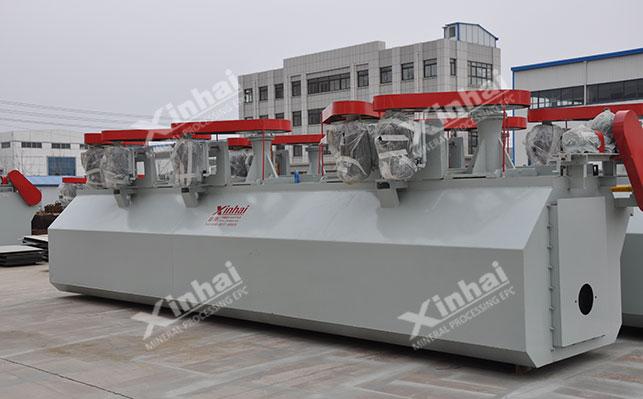 Heavy-medium method is a kind of gravity separation method, which is a beneficiation method that uses resuspension as the separation medium and uses equipment to achieve the purpose of separation.

The difference in density between spodumene and gangue minerals is not obvious, and the effect of common methods such as jigging and shaking is not satisfactory.

However, the separation density of the heavy-medium method can be precisely controlled, and the minerals with small density difference can be effectively separated.

However, a complete set of facilities is required for medium preparation, medium extraction and medium regeneration, which is relatively complicated.

Spodumene is a weak magnetic mineral, and the magnetic separation method can be used as an auxiliary operation to improve the quality of spodumene concentrate. 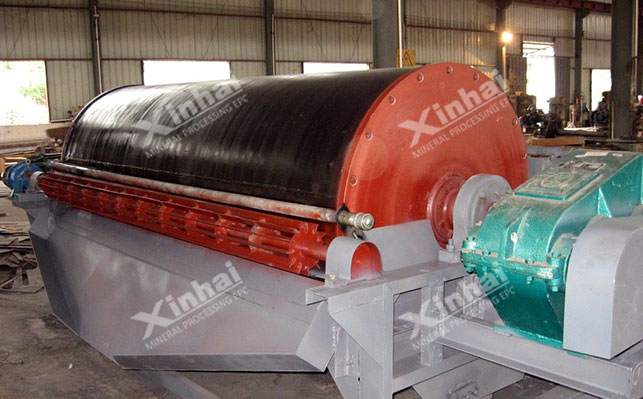 The associated minerals of spodumene in nature are complex. In order to obtain better economic and environmental benefits, processing test can be carried out to determine the optimal spodumene beneficiation process.