In the general wet beneficiation process, concentration is a necessary part of the beneficiation process, and it is the operation of separating the slurry from solid and liquid, and the thickener is the core equipment of the concentration treatment. In actual production activities, the design and operation of the thickener have become more and more mature, and its application has become more and more extensive.Common types of thickeners include efficient thickener, efficient deep cone thickener, and tilted plate thickener, among which efficient deep cone thickener is the most widely used.

The efficient deep cone thickener is mainly composed of a circular thickening tank and a rake scraper. Its working principle is basically the same as that of ordinary thickeners. The main feature is that the body is in the shape of a deep cone. Generally speaking, the main working principle is that the slurry is fed from the feeding pipe in the center of the thickener, and mixed with the flocculant in the feeding bin evenly, the role of the flocculant is to rapidly increase the particle size of the solid particles in the pulp, settle to the surface of the inclined plate under the action of gravity, and gather to the cone along the inclined plate, and the scraper collects the solid particles to the center of the bottom of the cone, Finally, the concentrated product is discharged from the bottom center discharge pipe. (2) Compared with ordinary thickeners, the footprint is smaller;

(3) The natural pressure of the deep cone of the cone part is fully utilized, so that the concentration of the underflow is higher than that of the conventional concentration equipment, and the settling speed is fast. 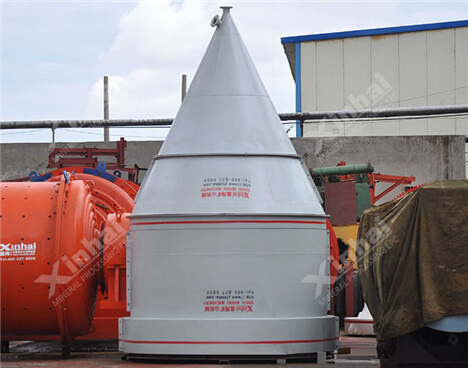